Most Popular Food in Northern Ireland 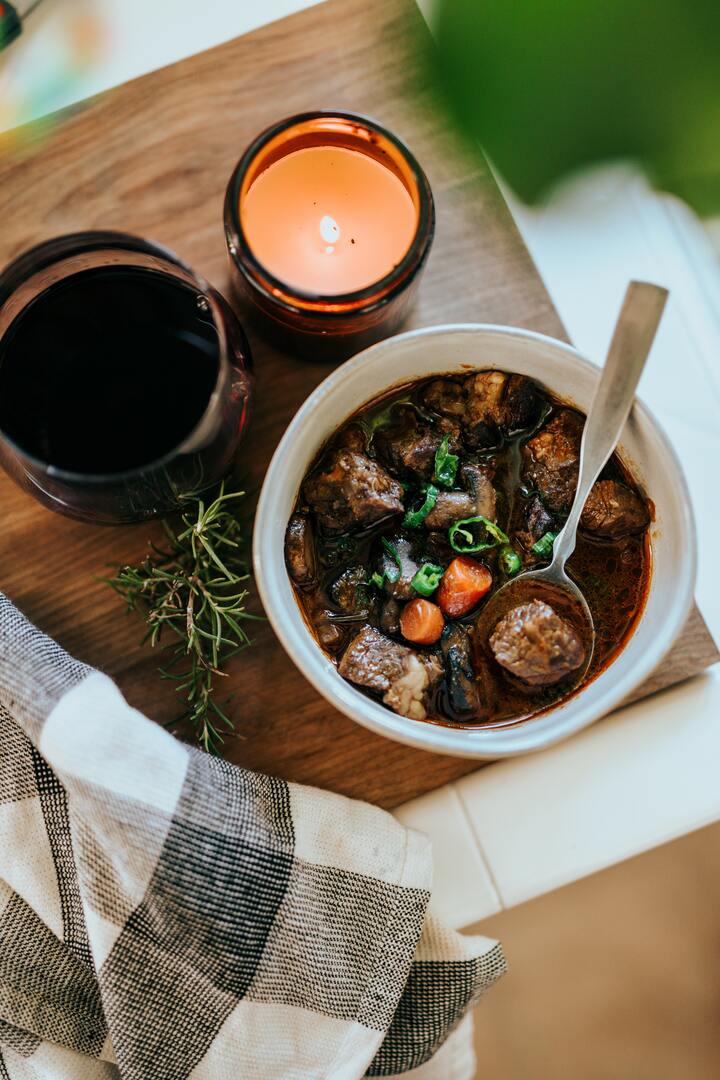 Most Popular Food in Northern Ireland

The popular food in Northern Ireland may differ from one place to another across the country, but there are special dishes that remain at the top of everyone’s choices no matter where you go.

The Ulster fry includes bacon, sausage, and eggs – all also part of the traditional English breakfast – but it also brings in white and black pudding, a grilled tomato, beans, as well as the soda bread and potato bread. Usually served with toast and a warm cup of tea, the Ulster fry is a delicious combination to start your day with.

The meal was traditionally eaten in the morning by farmers as they set off to work, filling up on this delicious meal. It first became popular in the Victorian period and has now become a staple part of Northern Irish cuisine.

No, this is not simply an encouraging nickname; it is also a type of popular food in Northern Ireland.

The dish is typically made with potatoes, milk, butter and scallions. Potatoes mashed with milk and chopped onions, the tasty meal is offered by almost all pubs and restaurants around Northern Ireland, many of which claim to serve the best champ there is.

It definitely wouldn’t hurt to try it a couple of times and decide for yourself who the winner is.

Northern Ireland is known for its incredible seafood. Surrounded by the North Atlantic Ocean, it’s no surprise that it has a wide array of seafood on offer, such as scallops, mussels, oysters, lobsters, and crab, as well as countless species of fish.

It is said that Northern Irish restaurants serve some of the best oysters in the world.

You can even learn more about Irish oysters by taking a tour of the DK Connemara Oysters Farm in County Galway that dates all the way back to 1893, where they explain how the oysters are grown.

This amazing traditional Irish dish is not only delicious but it can also be cooked in a variety of different ways, depending on your family’s recipe. The dish is made up of cuts of lamb or mutton cooked for a long time to make the meat tender, added to some potatoes and onions. Different recipes may add carrots and other vegetables as well.

A bowl of Irish stew is the perfect comfort food, which is why it has to be on the list of the most popular food in Northern Ireland. You can’t possibly visit the country without sampling its traditional Irish stew.

Another reason why this dish is perfect is how it warms you up on a cold day and prepares you to withstand the chilly Irish winter weather.

Barmbrack is a traditional sweetened type of bread with cinnamon and dried mixed fruit. It is steeped in old Irish traditions. It used to be mainly baked during Halloween where it was stuffed with various objects and used as a game to tell fortunes by receiving a slice that contained one of several items, including a pea, stick, piece of cloth, small coin, ring, or a bean.

Since the 19th century, Barmbracks have been sold and even today, the ones found at Halloween markets still include a toy ring.

The baking of Barmbracks is not only tied to Halloween, it was also a New Year’s Eve tradition. The man of the house would take a bite and then throw it against the front door while invoking the Holy Spirit, as a tradition to ward off poverty.

Barmbrack is a popular afternoon treat to enjoy with a hot cup of tea. It can be served fresh or toasted with butter.

Another well-known Irish food is soda bread, which is perfect to dip in your mouth-watering Irish Stew. Aside from being delicious, it is also quite easy and quick to cook up. Using bicarbonate of soda instead of yeast, it takes a few minutes to mix the dough, and you’ll have a loaf ready in half an hour or even less.

Fifteens is a popular dish among Northern Irish children and is offered at all shops and bakeries.

Made up of slices of minced beef, fresh leek, tomato, and onion, the vegetable roll can either be integrated into the Ulster Fry dish or it can also be served on its own with a side of mashed potatoes and beans for an appetising dinner.

This tasty dish has been made by Hull’s company since 1954, but it is said to date back long before that. Some believe that it was popularised in the years after the war when the rationing days were over and meat was once again available.

Earning an honorable mention in the list of Most popular food in Northern Ireland, and similar to honeycomb, this amazing sweet treat can be found at traditional markets, especially at the Ould Lammas Fair in Ballycastle.

Yellowman is especially common during Lammas Day, a religious holiday that takes place every August in Northern Ireland.

Tasting this delicious treat can be addicting for sure! The most popular food in Northern Ireland can satisfy every taste, so be sure to sample what they have to offer and don’t be shy to ask for more!