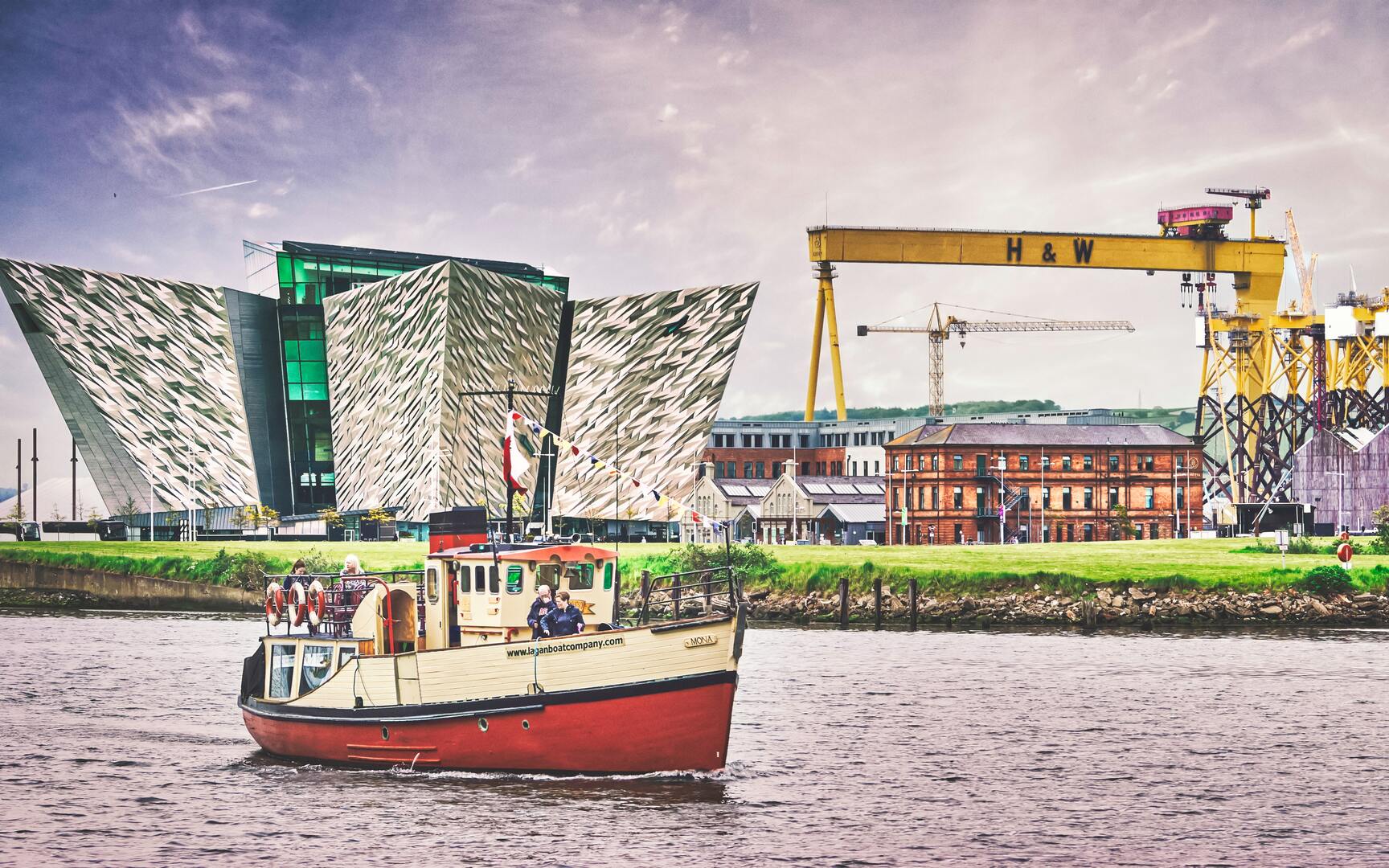 Whether you’re a local or a tourist – there’s no denying that Northern Irish phrases are fascinating to learn about.

While slang, accents and what can only be described as gobbledygook can go over our heads at the best of times – once you learn a couple of ‘Norn Iron’ terms, you’ll feel like you fit right in.

With this in mind, here’s some of our most iconic sayings to help you either get prepared for your stay in Northern Ireland, or simply learn something new:

The most common question you’ll hear in Northern Ireland is: ‘what’s the craic?’. When translated, it means ‘how are you?’ or ‘what’s happening?’. Another alternative is: ‘any craic?’ whereby you’re being asked for any recent news, gossip, fun or entertainment. When the ‘craic is 90’ – you know you’re in for a good night – as this phrase describes a situation that’s full of banter and enjoyment.

A word that you can expect to hear in most sentences over here is ‘wee’. The term is a longstanding Irish (and Scottish) way of saying ‘little’. However, in Northern Ireland, it is often used to describe things that aren’t little at all. Most of the time, it is a great filler word for when you’re describing something – or should we say everything! Examples include: ‘would you like a wee bag?’ or ‘I’ll take a wee bit of milk in my tea’ and so on.

Line of Duty fans may remember Superintendent Ted Hastings using this as a catchphrase – and causing great confusion among the UK population as a result. While it does sound like complete gibberish, this phrase actually has a long-running history. It is a blended Ulster-Scots term, which believe it or not was first coined in the 14th century!

If someone says this to you, it essentially means they are asking you to be quiet. An example may be: ‘houl yer whisht, I’m trying to concentrate’.

This phrase tends to come secondary to ‘what’s the craic?’ as they basically mean the same thing. So, if someone greets you with ‘bout ye?’, they are either asking how things are going, or how you are doing.

Not to be confused with ‘scunnered’, a Scottish term that it often does get mixed up with – ‘scundered’ relates to when a Northern Irish person is embarrassed or mortified. You’ll likely hear this at the end of a story where the person telling it was humiliated in some shape or form. An example would be: ‘I was so scundered after that happened’.

A strange one for those who don’t know what it means – ‘dead on’ is actually a positive way to describe a person or a situation. Other alternative words would be ‘cool’, ‘fine’, or ‘grand’ (which is another Northern Irish term). Examples could be: ‘they seem dead on’, or ‘aye, that’s dead on’.

When describing a person, calling them ‘dead on’ means that you believe they are good-natured. However, don’t be fooled – as ‘dead on’ can also be used as a sarcastic remark – usually accompanied by a dull tone and an eye roll to suggest someone doesn’t want to do something, or doesn’t agree with the previous statement.

‘Melter’ is a negative term used to describe someone who is annoying. It can also be used to describe a situation, where it can be referred to as a ‘melt’ or ‘melty’. Some examples include: ‘they’re such a melter’ or ‘this day has been a melt’.

This phrase stems from another classic Northern Irish saying you may hear which is: ‘my head is fried’. This indicates that your brain is cluttered and you are finding it hard to think. If someone or something is a melter – then it means you feel like your brain is ‘frying’ or ‘melting’.

Another very common phrase is calling someone an ‘eejit’. In Northern Ireland, this can be both an insult and a term of endearment, as it is used to describe someone who is silly and has made you laugh.

One other common alternative is calling someone a ‘buck eejit’, which means to call someone a massive eedjit. You’d use this term if someone did something that reached a ridiculous level of stupidity. Examples may be: ‘you’re an eejit’ or ‘they were getting on like a buck eejit’.

If something is ‘baltic’ – this colloquial expression refers to how cold something is. The main way it is used is to describe how freezing the weather is, and how reminiscent it is of the baltic sea. Yet, it can also be used to explain how cold other things are, like: ‘my hands are baltic’. Another Northern Irish phrase used to describe the same thing is ‘foundered’.

You’ll hear this phrase bookend a lot of sentences here in Northern Ireland. A lot of visitors will spot this one straight away, as it serves no real meaning or purpose – it just acts as a way to reiterate what was said before. Examples include: ‘the weather is supposed to be nice later in the week, so it is’.

‘Gurning’ has two meanings: one is to feel upset, and the other is to complain. Either way, both have negative connotations which relate to feeling down or fed up. Examples of this could be: ‘will you quit your gurning?’ or ‘I gurned my lamps out’ (AKA cried my eyes out).

Being ‘up to high doh’ suggests that a person is very stressed, nervous or excited – depending on the situation they’re explaining. It is actually both a Northern Irish and Scottish saying – both meaning the same thing. An example would be: ‘my nerves are wrecked, I’m up to high doh’.

For more local information, such as things to see and do in Northern Ireland, check out our blog or simply get in touch with the Coach Road Cottages team.