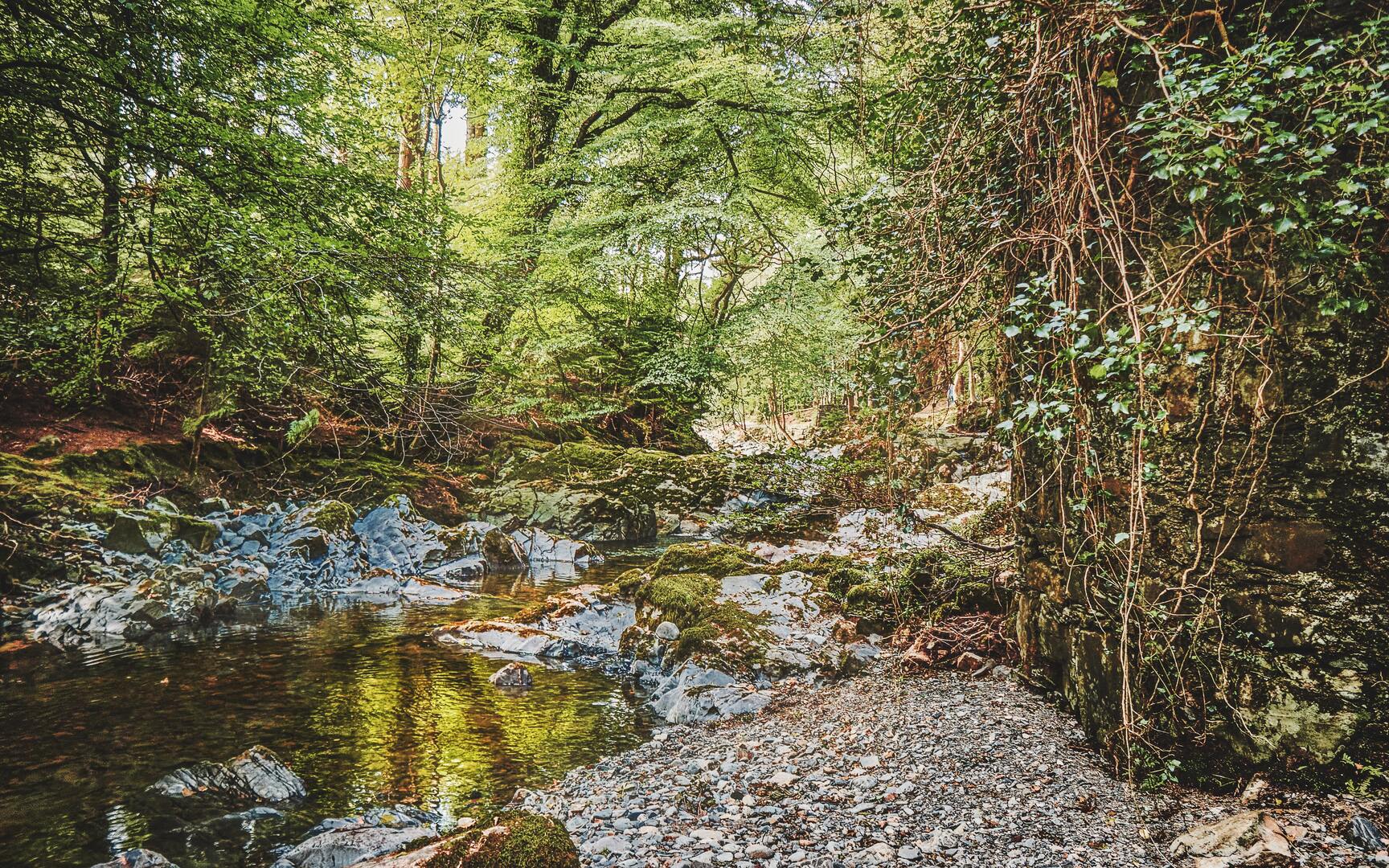 One of the incredible things about Northern Ireland is its natural beauty. From dramatic coastlines, to rocky mountains and dense forests, amazing sights can be found around every corner. In particular, we’re lucky to have so many forest parks in Northern Ireland.

Whether you’re a seasoned hiker, or you’re just looking for a magical day out with the family, forest parks across Northern Ireland offer the perfect opportunity to escape the stresses of modern life, and enjoy the great outdoors.

With that in mind, here’s a selection of our favourite forest parks in Northern Ireland, with something on offer for everyone.

Taking in over 600 hectares around the foothills of the Mournes, Tollymore Forest Park is a truly vast site, taking in both elaborate gardens and unspoiled wooded areas. It also offers easy access to the nearby higher Mournes, including Slieve Donard and Slieve Commedagh.

Tollymore offers incredible views, across the Mournes, and down to the Irish Sea at Newcastle. With over 13 miles of trails, it’s also a popular spot for walkers, runners, hikers and families.

There are a number of unique features within the park, including sections of the Shimna River Valley, along with a number of ornate stone bridges spanning it.

Game of Thrones fans will recognise Tollymore as the Haunted Forest, where the Stark children found the Dire Wolves in HBO’s hit series.

Set on 450 acres, Castlewellan is one of the best loved forest parks in Northern Ireland. It has one of the best selections of activities for visitors of all ages. In particular, children will love playing in the Animal Wood.

Castlewellan is also home to the Peace Maze, Europe’s largest permanent hedge maze. This internationally renowned attraction was opened in the early 2000s, to celebrate hopes for a brighter future in Northern Ireland.

Castlewellan also features the Annesley Garden, which contains several rare and exotic plant and tree species from around the world.

Children from all over Northern Ireland absolutely adore Carnfunnock Country Park. Set on the Antrim Coast, overlooking the Irish Sea, the park boasts a wide variety of games and activities for kids of all ages.

The park is centred around a walled garden, which houses a maritime themed playpark, as well as the largest collections of sundials in Ireland. You’ll also find features from the original Carnfunnock estate, including a preserved ice house.

For grownups, there’s also a nine-hole golf course, and a modern visitors centre with a welcoming cafe to relax and unwind.

One of the largest forest parks in Northern Ireland, Glenariff takes in over 1,000 hectares of woodland, lakes, nature reserve and open countryside in the Glens of Antrim. Glenariff’s vast size has won it the nickname Queen of the Glens.

Glenariff is crisscrossed by a large, wooden walkway, which has been in place for over 100 years, as part of efforts to preserve natural habitats of local plant and wildlife species.

One of the best loved features of Glenariff is the Waterfall Walkway, which presents the perfect opportunities for both taking photos, and enjoying quiet moments of serenity.

In total, Glenariff Forest Park contains around 15 miles of signposted trails and walkways, making it an ideal destination to get out into nature, and wander at your own pace in the stunning natural beauty of Northern Ireland.

Slieve Gullion is perhaps the most fascinating of all of the forest parks in Northern Ireland. It is based around a 2,000 year old ring-dyke, formed in the wake of a volcanic eruption. Slieve Gullion is also the highest peak in Armagh, with views around the Ring of Gullion, Mournes and Cooley Mountains.

The Ring of Gullion is also one of Northern Ireland’s only official Areas of Outstanding Natural Beauty.

Slieve Gullion Forest Park is particularly popular for its accessible child friendly facilities. The Giant’s Lair, Sensory Trail, and Adventure Playpark are the perfect way to spend a fun day with the kids, with the Park catering to even the most complex of sensory needs.

The Park also features an onsite cafe and tuckshop.

Outside the town of Newtownards, Scrabo Country Park offers some of the most serene and scenic walks in all of Northern Ireland. The Park takes in the woodlands and Killynether, with a stunning array of beech and hazelnut trees.

The focal point of the Park is Scrabo Tower, which was built in 1857 to honour the life of the third Marquis of Derry. Today, it is one of Northern Ireland’s most iconic landmarks, as well as offering some of the best views of the region.

A walk to the top of the hill rewards visitors with incredible views over Newtownards, the surrounding countryside and the northern portion of Strangford Lough.

Northern Ireland is famed around the world for its incredible natural beauty. We’re fortunate that there are unspoiled landscapes throughout the country, with incredible forest parks in all six counties, for adventure seekers, and family day trips alike.

The key is to choose the perfect base to explore all that Northern Ireland has to offer.

At Coach Road Cottages, we offer accommodation in the Ards and North Down region, right on the doorstep of some of the most popular forest parks in Northern Ireland, as well as within easy reach of major road networks to explore further afield.

Of course, one of the other reasons that visitors flock to Northern Ireland is its reputation for incredible warmth and hospitality. We’re proud to offer some of the best visitor experiences of any self-catering providers in the region.