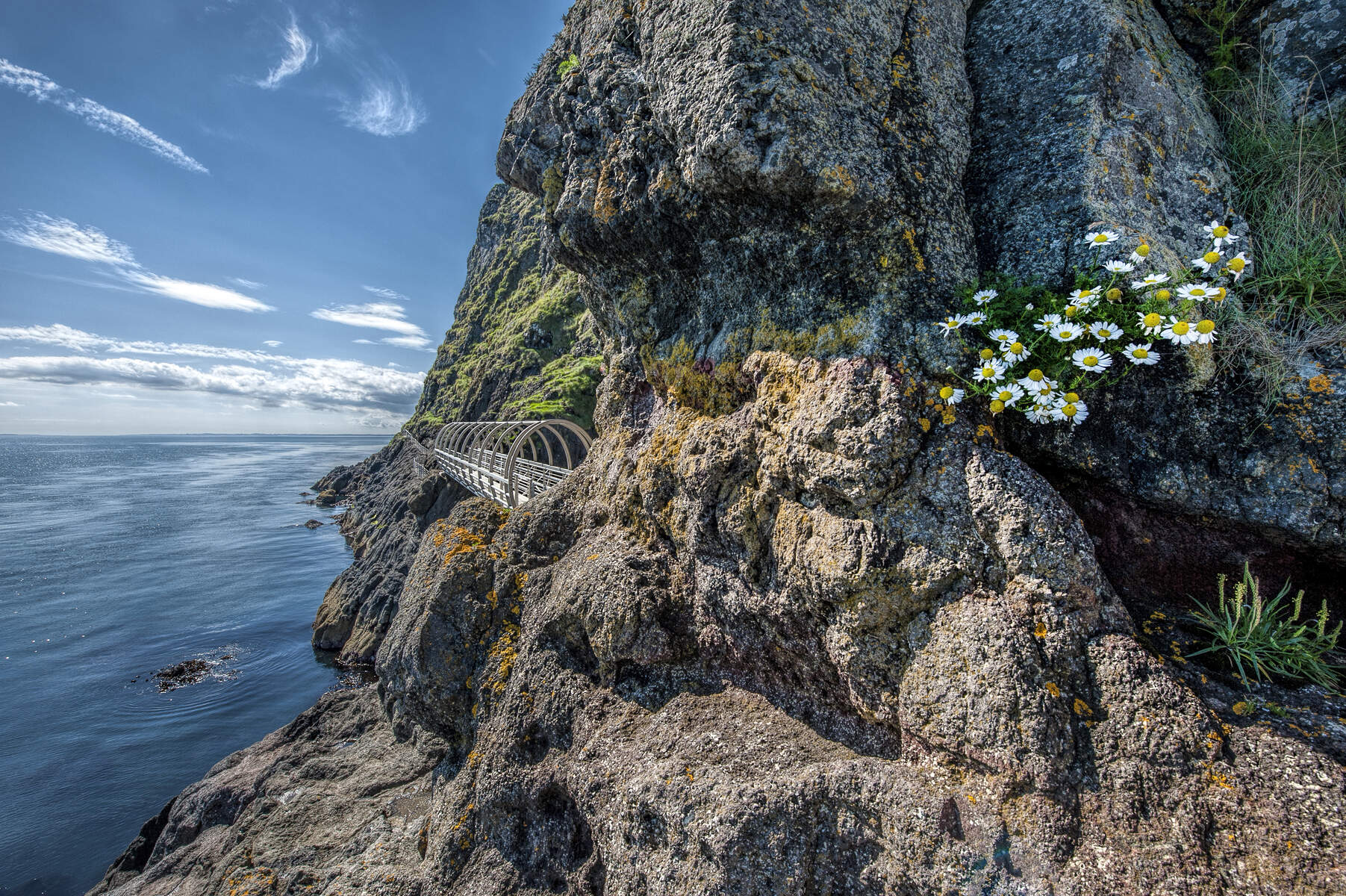 If you are driving the Causeway Coastal Route, the Gobbins Cliff Walk is a unique experience for everyone.

We want to highlight day trips over the coming months that we personally love to visit, the great thing about Northern Ireland is that everything is within easy reach!

Our first is a somewhat unique experience, 200 million years in the making, and enjoyed for over a century. A nineteenth-century engineer, Berkley Deane Wise was inspired by the natural beauty of the Antrim coast line, creating a path of tunnels and bridges that took visitors along the cliff.

The Gobbins Cliff Walk is located on Island Magee only a 30 minute drive from either The Annex or Ninety Seven.

First opening in 1902, the Gobbins Cliff Walk was dramatic day out for Edwardian adventurers getting up close and personal with part of Irelands most dramatic coastline. While modern safety standards have created a safe path, it must be said upfront that the walk is roughly 5km in length and has steep inclines and declines. There are few restrictions, but anyone below 4 foot is unfortunately not allowed. We strongly recommend booking in advance as during peak seasons it is a very popular destination.

Berkley Dean Wise, the Chief Engineer of the Belfast and Northern Counties Railway Company was inspired to use the expanded railway line to attract visitors to east coast of our corner of Ireland and experience a chunk of Irelands most dramatic coastline.

Work began in 1901 and by mid 1902 a path from the nearby village of Ballystruder to the base of the Gobbins opened, but Berkley wanted to continue. His vision was to add bridges and tunnels along the cliff, as you can imagine this was an immense challenge.

The construction of the parts for these bridges was completed in Belfast, and then brought to the cliff on rafts before carefully winching them into place.

The Gobbins Cliff Walk was an overnight success, people from all over the United Kingdom and Ireland flocked to experience the attraction. The Gobbins thrived for 30 years, then it was sadly shut down during the Second World War. Briefly it reopened in the 1950s but again closed due to safety issues and landslides, for the next 50 years it remained closed awaiting a new lease of life.

In 2016 to great celebrations The Gobbins reopened after the construction of 15 new bridges and 6 elevated paths.

After arriving at the Visitor Centre in Ballystrudder a short journey takes you to the start of the Gobbins Cliff Walk tour. You’ll be taken along the craggy basalt cliffs on an often uneven, sometimes narrow, but beautiful combination of bridges and tunnel. Good shoes are recommended as the walk is the equivalent of going up and down 50 flights of steps.

The route will take you up and down rugged staircases in the cliff face and into caves that were once the home of smugglers. The main points of interest include the Swinging Bridge created from high-tension cables providing beautiful views over the surrounding coastline while suspended over a deep inlet. There is one main tunnel along the Gobbins Cliff Walk, carved deep into the Basalt outcrop, you will be below sea level, listening to the sea crashing against the walls as you pass through, eerie and dark but amazing to consider the Edwardian thrill seekers passing through in all their finery back in the early 1900s!

Once you have completed the tour, it is definitely worth a visit to the clifftop viewpoint. You will be treated to stunning views of the Seven Sisters caves along with the Kraken Cave and Heddles Port.

After all that exertion, we personally believe everyone deserves a reward! A visit to the locally famed Rinka in Ballystruder for a freshly made ice cream is a must and we have been visiting for a very very long time and can highly recommend them for the best 99 in County Antrim!

The Gobbins walk takes approximately two and half to three hours, and we recommend suitable clothing and shoes as the route is mostly exposed to the elements (good old Irish weather is well known for being changeable)

As previously mentioned booking in advance is important, you can book directly via the The Gobbins Cliff Path website.