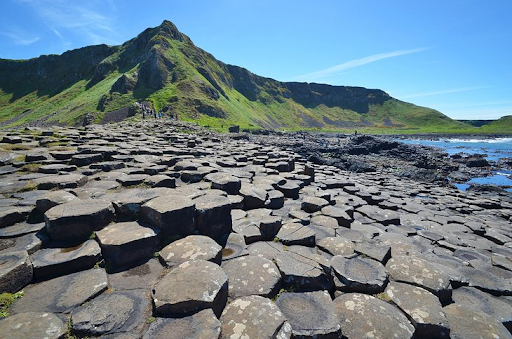 While there’s so many different things to do in Belfast, the city also makes a great base for exploring further afield.

Northern Ireland is scattered with many highlights that extend beyond the capital. There are also very handy transport links available across the region, making it easy to make the most of your stay in this beautiful country.

With this in mind, we’ve rounded up our top four amazing day trips from Belfast for you to enjoy.

Our Favourite Day Trips from Belfast

Whether you’re a history buff or a huge Game of Thrones fan – we guarantee there’s a day trip out there that will suit a wide range of interests. Here’s a list of our favourites, as well as the best routes to take to get to these destinations:

One of the most popular day trips – and for good reason – is the Giant’s Causeway. Not only does it provide stunning views of the North Coast, it also offers some great examples of the beauty of nature’s geometry, with its famous hexagonal rock formations making great stepping stones to climb and sit by the sea.

This attraction is also a UNESCO world heritage site, complete with a rich history which you can learn more about in the Visitor’s Centre before you embark on your journey to see the marvel for yourself. Located at the top of the hill, you can walk down to the Causeway itself in just 15 minutes, or take a 5-minute bus ride for a small fee.

Access to the Giant’s Causeway is free, and it is open all year round. However, there is a charge for parking and entering the Visitor Centre, plus there are additional fees to use services like the audio guides. To get tickets at a cheaper price, we advise you buy them online in advance from the official site.

If you are a National Trust member, then you can enjoy free access to the car park, Visitor Centre and mini bus.

If you’re planning to drive to the Causeway, it is around 60 miles north of Belfast. The journey usually takes just over an hour via the M2 motorway. You can also take the Causeway coastal route, a very popular drive known for its striking sea and cliff views. This journey takes a lot longer, as it follows the edges of the island. From Belfast, it will take you just under two and a half hours to get to your end destination.

For Game of Thrones fanatics, tour guide company Get Your Guide offers a jam-packed 10-hour tour of the beautiful Ards Peninsula, taking you right down to the village of Portaferry where the hit TV show was filmed.

After a short ferry ride across the ‘Narrows’, you will arrive at old Castle Ward, the location of Winterfell from season one. While here, enjoy a refreshing morning trek around the estate, visiting locations including Walder Frey’s Twins and Robb Stark’s Camp in the Riverlands.

You will then stop for lunch at a charming guesthouse, restaurant and pub in Strangford village (cost not included). Plus have the opportunity to see one of the famous Doors of Thrones. After lunch, visit Inch Abbey, the location where Robb Stark became King in the North. Here, you will be provided with real wool Stark cloaks, Stark banners, as well as replica swords and shields for keepsake photo opportunities.

Afterwards, you will travel to Tollymore Forest Park to discover the place where the Nights Watch first encountered the White Walkers and the Starks found the dead Direwolf and her litter of pups.

The tour departs and returns to Jury’s Inn, a two-minute walk from Great Victoria Street station.

Dublin, the capital city of the Republic of Ireland, is so easily accessible from Belfast.

There’s also lots to do, including: Irish whiskey tasting, shopping on Grafton Street and admiring the endless array of beautiful architecture. A lot of Northern Irish locals love making the trip down to Dublin, to enjoy the unique buzz offered by the city.

You can drive from Belfast to Dublin in a 105 mile journey which usually takes around 2 hours, depending on traffic. Alternatively, there are regular bus and train services that run between Dublin and Belfast, with journey times of around 2 hours also. We recommend getting the train directly from Lanyon Place station in Belfast – just make sure you grab a window seat so you can take in the stunning views of rural Irish countryside along the way.

The city of Derry/Londonderry is the second largest city in Northern Ireland after Belfast. It’s in the north-west of the country, near the border to the Republic of Ireland.

Known for being home to the only intact 17th century city walls surviving in Ireland, Derry is full of history just waiting to be explored. On top of this, you can also admire the Tower Museum, Guild Hall, St. Columb’s Hall and the Peace Bridge.

Derry is also a bustling city, with many restaurants, bars, shops and local street art. There’s also the famous Derry Girls tour, which takes you around key filming locations around the city, as well as the notable Derry Girls mural.

Many people take to the city simply for a change of pace and scenery from Belfast, making it a great day out for those who want to make the most of their time in Northern Ireland.

When driving from Belfast to Londonderry, it’s around a 70 mile journey, averaging between 90 minutes and 2 hours, depending on road traffic. If taking public transport, the train from Belfast’s Lanyon Place or Great Victoria Street stations take just under two and a half hours. The journey is also full of beautiful scenery, especially between Portrush and Castlerock.

There’s so many more amazing day trips from Belfast to choose from. For more recommendations, simply get in touch with us and we can help you plan your stay.